I'm not sure if any of you know, but I'm absolutely obsessed with old movies. It might be because I grew up on them, it's all me and my parent watched when I was little.
When I heard about Noirvember, a whole month for film noirs, I though that I had to watch some. I only got through four, but I have many more from the library, just sitting on my shelf waiting to be watched. I thought I'd share a little review of the four I watched, if any of you are interested! 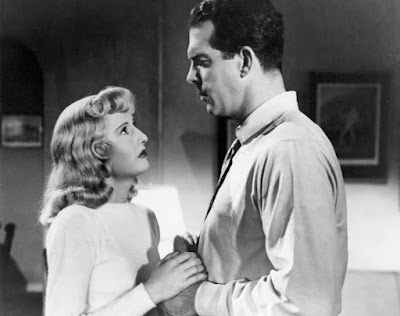 Double Indemnity 1944
"How could I have known that murder sometimes smells like honeysuckle?"
Personally, I think this is a perfect introduction to film noir, and it's the first one I started with.
Phyllis Dietrichson is stuck in a loveless marriage. Walter Neff is an insurance agent who comes to her house about her husband's car insurance. When Walter convinces her to purchase and accident insurance policy for her husband and then kill him, she takes his help. He helps her to receive twice the normal payment with a double indemnity clause, and aids her in the murder. But can they get away with it? 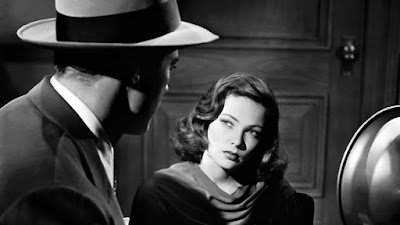 Laura 1944
"I don't know a lot about anything, but I know a little about a lot of things"
Detective Mark McPherson has been called to investigate the murder of the beautiful Laura Hunt, found dead in her apartment. He learns more about her life by interviewing her friend, the rich Waldo Lydecker, and her fiance, Shelby Carpenter. But when Laura herself appears, the mystery takes a whole different turn. Who was the murdered girl? And why was she killed? 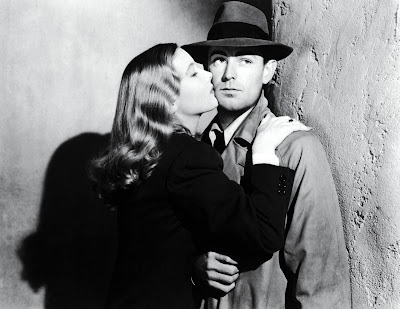 This Gun For Hire 1942
"What's the matter? You look like you've been on a hayride with Dracula."
Hit man Phillip Raven kills a blackmailer and is payed by his employer in marked money. Ellen Gram, a performer and the girlfriend of the cop after Raven, is employed to help investigate Raven's employer. However, when Ellen comes face to face with Raven, the situation becomes even more of a mess. 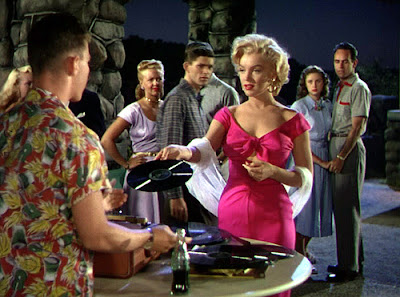 Niagara 1953
"Let me tell you something. You're young, you're in love. Well, I'll give you a warning. Don't let it get out of hand, like those falls up there. Up above...d'you ever see the river up above the falls? It's calm, it's easy, any you throw in a log, it just floats around. Let it move a little further down and it get going faster, hits some rocks, and..in a minute it's in the lower rapids, and..nothing in the world - including God himself, I suppose - can keep in from going over the edge. It just - goes."
Two very different couples are on vacation in Niagara: Rose and George Loomis, and Polly and Ray Cutler. Rose and George have a dangerous relationship- George is prone to vicious mood swings, especially when he suspects Rose of fooling around with another guy. And when Rose plots to kill her husband, Polly gets sucked into the crime, purely by accident.

Have you watched any of these? What's your favourite film noir?