I don't talk about it a lot on my blog, but I am a total bookworm. Growing up, books were something of great value in my household, and almost weekly we would all trek to our local library, and when we got home, we would try and find a spot in our overflowing bookshelves to fit in our borrowed books. I almost always have a book on the go, and consistently find comfort in their black-and-white pages.
Since I've been on summer vacation, I've been reading quite a lot lately, so I thought that I'd share with you my five favourite books that I've read recently. Just to let you know, none of these books are particularly happy. In fact, the majority of them are quite sad. 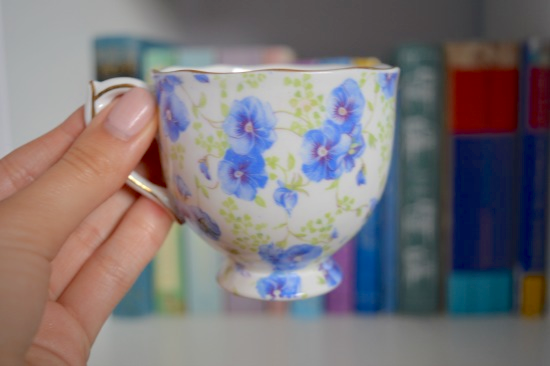 To Kill A Mockingbird by Harper Lee
I decided that this was the summer that I needed to read more classics, and this is the one I decided to start with. This book gave me more insight into what the American South was like in the 1930s, something that I've never really had any reason to learn about before, being Canadian and all. What I did not expect was for this book to be written in the point of view of a child. As smart as children can be, the world is still seen differently from their eyes. Children are born without prejudice, and the way that they are raised has the potential to shape their whole lives. To see the world from the eyes of a child who doesn't quite understand the complication, hatred, and bias of the world they live in gives this book a unique feel.

Some Kind of Happiness by Claire Legrand
Alright, so this is technically a kids book, but that doesn't mean that it isn't good. Sometimes I almost find children's books better than YA books. They don't try as hard to be cool.
Finley Hart has been sent to her Grandparents house for the summer. Her parents needed some time alone to talk, so they shipped her off to her father's parents who she has never met. When Finley has has one of her "blue days", which happens quite a lot, she writes about the Everwood, a forest of her invention in her notebook. But when she arrives at her Grandparent's house, she finds the Everwood right behind it.


Of Better Blood by Susan Moger
In 1922, Rowan Collier has seen both sides of the eugenics movement. Her father was a strong supporter of it, and Rowan grew up with his influence. However, everything changes when she contracts polio. Years later, she finds herself playing the part of a born cripple in a eugenics exhibit that travels to county fairs. But when Rowan and her new friend Dorchy escape, they find themselves on an isolated island where a summer camp is run by a Eugenics Council, and something is killing off the children.


The Last Leaves Falling by Fox Benwell
I know that I said none of the books in this list were particularly happy, but this is quite possibly that saddest book that I've ever read.
When Sora is diagnosed with ALS, he turns to an Internet chatroom for a source of comfort. Feeling trapped in his own body, he finds friends in strangers, and learns more about life, and death, each day.


The Paper Magician and The Glass Magician by Charlie N Holmberg
Yes, I've only read two books in this trilogy. My library didn't have the third, okay? I still am planning to read the third, I just haven't go around to it yet. I'll just summarize the first one, so as not to spoil anything.
When Ceony Twill graduates at the top of her class from Tagis Praff School for the Magically Inclined, she is crushed to receive an apprenticeship in paper magic instead of metal. Yet while she is learning from Magician Emery Thane, she discovers the wonders of paper magic. But when an Excisioner, a magician of dark magic, arrives at their cottage and rips Emery Thane's heart from his chest, Ceony must embark on an extremely dangerous quest to save the life of her teacher.

What are your favourite books that you've read lately?
-Amy
Posted by Amy at 18:30:00